> Hospitals Tell Doctors They'll Be Fired If They Speak Out About Lack of Gear - pirateswithoutborders.com 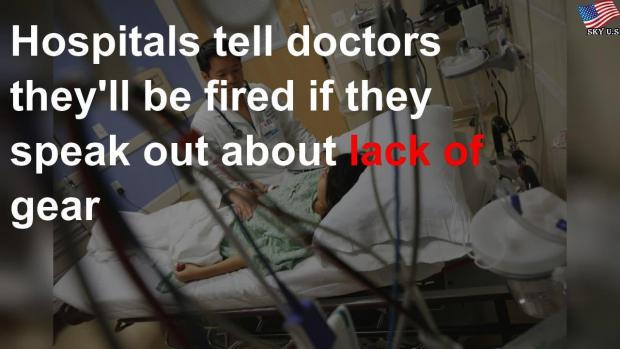 Ming Lin, an emergency room physician in Washington state, said he was told Friday he was out of a job because he'd given an interview to a newspaper about a Facebook post detailing what he believed to be inadequate protective equipment and testing. In Chicago, a nurse was fired after emailing colleagues that she wanted to wear a more protective mask while on duty. In New York, the NYU Langone Health system has warned employees they could be terminated if they talk to the media without authorization.

"Hospitals are muzzling nurses and other health-care workers in an attempt to preserve their image," said Ruth Schubert, a spokeswoman for the Washington State Nurses Association. "It is outrageous."

Hospitals have traditionally had strict media guidelines to protect patient privacy, urging staff to talk with journalists only through official public relations offices. But the pandemic has ushered in a new era, Schubert said.