Fecal transplants reverse signs of aging in brain, gut and eyes of mice 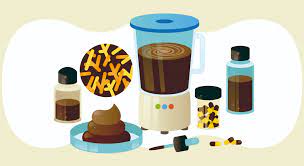 A study has not only highlighted new facets of this relationship, but demonstrated how hallmarks of aging in the brain, gut and eyes might even be reversed through fecal transplants.

The makeup of the microbial communities in our gut is being shown to shape many different aspects of our wellbeing, and we're starting to really see how inflammation can play an intermediary role when it comes to cognitive health.

One 2019 study offered some interesting insights in this space by showing the intestine to be the source of immune cells that reduce brain inflammation in multiple sclerosis. Later that year we saw the approval of a drug designed to remodel the gut microbiome to reduce neuroinflammation for treatment of cognitive decline in Alzheimer's. A study in 2020 then showed that fecal transplants from old to young mice could lead to learning and memory impairments.

Results from a study published in Nature Aging last year provided particularly compelling evidence of the influence of gut bacteria on the brain. It focused specifically on brain aging, and showed that transplanting fecal matter from young mice into old mice could reverse some aspects of age-related brain deterioration, such as in learning ability and long-term memory. These were considered among the first insights into how gut bacteria can influence brain aging in mammals.

The latest findings in this area come from scientists at the Quadram Institute and University of East Anglia, who have added yet more weight to the idea that gut bacteria can influence brain health via inflammation. They've simultaneously shown how these microbial communities can influence certain biomarkers of aging in not just the brain, but the gut itself, and also the eyes.