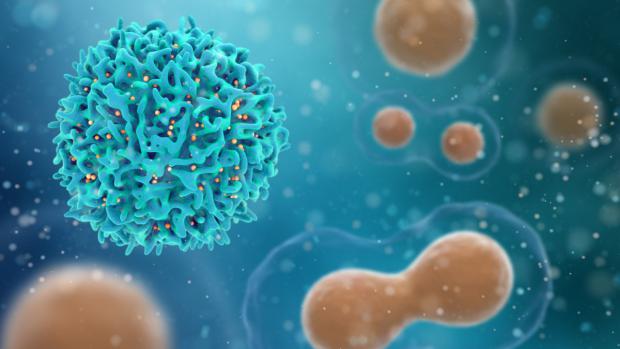 One such avenue centers on cellular garbage disposal units known as lysosomes, which are particularly vulnerable in cancer cells as opposed to healthy ones. And perhaps even more so now, with scientists in South Korea finding they can deliver a fatal blow to cancer cells through a careful mix of charged nanoparticles.

Lysosomes are tiny sacs packed with enzymes and acids that degrade unwanted parts of the cell, before either recycling them or dumping them outside the cell walls, much like you'd take your trash out to the curb. Recent research has suggested lysosomes could play a role in Alzheimer's, where a dysfunctional disposal system can enable the buildup of toxic proteins in the brain.

Scientists at South Korea's Institute of Basic Science are working to instigate their own type of dysfunctional lysosomes, the reason being that a compromised lysosome that releases its trash inside the cell can cause that cell to die, which is obviously a good thing when we're talking about cancer cells.