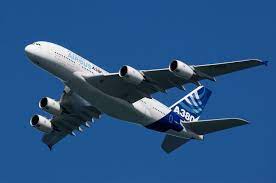 The largest passenger jet in the world, a double-decker behemoth just flew a three-hour intra-French test flight on Sustainable Aviation Fuel, or SAF for short.

Hydroprocessed Esters and Fatty Acids (HEFA)—SAF's key ingredient—are definitely not what your doctor would label as a healthy cooking oil, but for powering the Rolls Royce Trent 900 engine on board, it proved successful on March 25th on a French flight from Toulouse to Toulouse, and in a second on March 29th from Toulouse to Nice.

Far from being an introductory step, Airbus craft are already certified under both the FAA and the European Aviation Safety Agency (EASA) to fly commercially with a blend of 50-50 SAF and kerosene. Nevertheless, the company hopes to achieve 100% SAF authorization by the end of the decade.