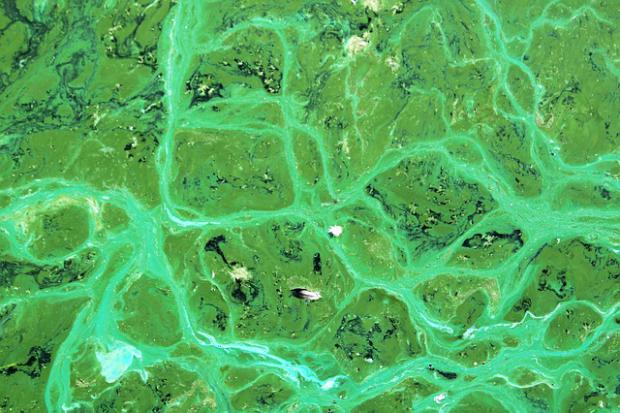 These tiny grids of "nano-housing" create the optimal environment to not just foster the rapid growth of these bacteria, but take their energy-harvesting potential to new heights.

Also known as cyanobacteria or perhaps more familiarly, blue-green algae, photosynthetic bacteria can be found in all types of water, where they use sunlight to make their own food. Their natural proficiency at this task has inspired many promising avenues of research into renewable energy, from bionic mushrooms that generate electricity, to algae-fueled bioreactors that soak up carbon dioxide, to self-contained solutions that offer a blueprint for commercial artificial photosynthesis systems.

Cyanobacteria thrive in environments like lake surfaces as they require lots of sunlight to grow, and a team at the University of Cambridge has made a breakthrough that came about by experimenting with ways to better satisfy these needs. Another thing for the team to consider was that to gather any of the energy they produce through photosynthesis, the bacteria need to be attached to electrodes. By crafting electrodes that also promote the growth of the bacteria, the scientists are effectively trying to kill two birds with one stone.

"There's been a bottleneck in terms of how much energy you can actually extract from photosynthetic systems, but no one understood where the bottleneck was," said Dr Jenny Zhang, who led the research. "Most scientists assumed that the bottleneck was on the biological side, in the bacteria, but we've found that a substantial bottleneck is actually on the material side."