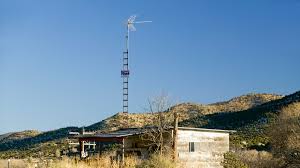 While FCC boss Ajit Pai has repeatedly said his top priority is curing the "digital divide," making broadband more widely available and affordable to underserved Americans, consumer groups say many of his policies, such as gutting the FCC's consumer protection authority at the behest of telecom lobbyists, only made the problem worse.

But in a vote last week, Pai's office gave a leg up to technology that could truly help address America's stubborn broadband availability and affordability problems.

Last Friday the FCC voted to approve a new order paving the way for the expanded use of "white space broadband," a promising technology that uses the spectrum freed from the shift to digital television to beam broadband into traditionally harder to reach rural areas.